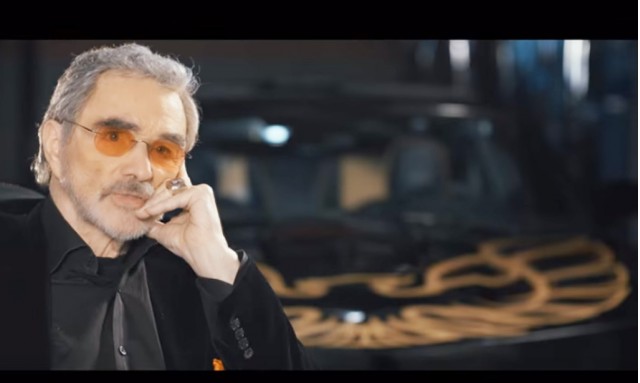 Burt Reynolds and the Trans Am SE Bandit Edition

Actor Burt Reynolds died Thursday at the age of 82 after suffering a heart attack in Florida, according to CNN.

Best known in the automotive world for his role in the 1977 movie “Smokey and the Bandit,” Reynolds was an instant icon associated with a black Pontiac Trans Am with a gold decal on its hood—the infamous “screaming chicken.”

His best acting work came in 1972’s “Deliverance.” Among his other car-related acting credits, Reynolds appeared in the 2005 remake of “The Dukes of Hazzard,” in 1981’s “The Cannonball Run,” and in an episode of “Archer.”

In recent years Reynolds help introduce Trans Am Depot’s Trans Am SE Bandit Edition muscle car. Based on the fifth-generation Chevrolet Camaro, only 77 black-and-gold examples were produced. Reynolds was involved in both the design and development of the car, and his signature adorns the dashboard of each car.

Reynolds was known for more than just automotive movies. He made his big-screen debut in 1961 in “Angel Baby,” starred in the original convict football film “The Longest Yard” (he played halfback at Florida State), and as recently as May 2018 he was cast in “Once Upon a Time in Hollywood.”

In 1997 Reynolds was nominated for an Oscar for Best Supporting Actor in “Boogie Nights.”

The icon was also an author and singer, and he starred alongside Dolly Parton in the movie version of “The Best Little Whorehouse in Texas.”