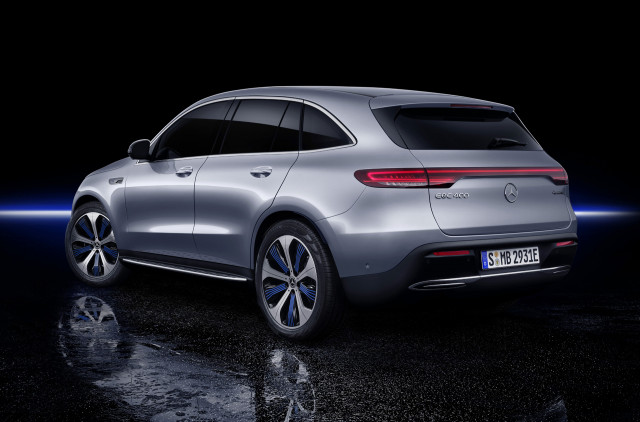 Mercedes-Benz reveals the EQC electric crossover SUV. Tesla’s “big surprise” for an auto show is yet another Roadster mockup. Toyota recalls the Prius for a fire risk. Mercedes-Benz retracts and updates the EQC’s electric range—revealed just hours earlier. And the results are in from one of our latest Twitter polls. All of this and more on Green Car Reports.

Mercedes-Benz unveiled the EQC electric crossover SUV. It’s the first electric Mercedes-Benz and ushers in the “EQ” sub-brand for the premium make.

After making a big splash with the the EQC and its 200-mile estimated range, Mercedes-Benz updated the figure, calling the original estimate “incorrect.” Now it says the electric car will go an estimated 280 miles.

Tesla promised a “big surprise” for the Grand Basel show in Switzerland, but the company simply brought a Roadster mockup…without an interior.

Toyota recalled 2016-2018 Prius models over a wiring issue. The wires going into the main hybrid power controller could chafe and ultimately cause a fire.

We asked readers if classic cars should be converted to electric cars and the results are in.

Apple has patented an innovative sunroof and haptic-feedback seats for automobiles. They’re the latest patents involving cars from the technology company.

Finally, Volkswagen has dropped the V-6 engine from the Passat sedan lineup. The automaker has also culled trim levels to just two: the Wolfsburg Edition and SE R-Line.