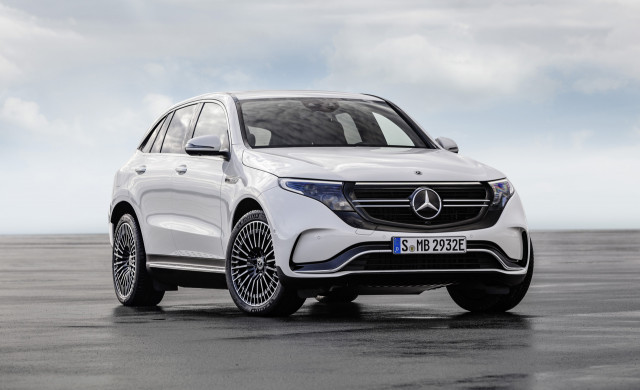 On Tuesday, Mercedes-Benz revealed initial specs for its EQC mid-size electric SUV, with a quoted range of 200 miles from an 80-kilowatt-hour battery pack.

Now, perhaps following criticism that 200 miles won’t make its new electric SUV competitive even with older offerings, the company updated its range estimate in a statement to Green Car Reports.

“Our colleagues in Stuttgart have advised us that the preliminary estimated range figure for the EQC of 200 miles for the U.S. market is incorrect,” said Mercedes-Benz product and technology public relations manager Michael Minielly. “For now, we ask that you please use the 450-km NEDC figure (approximately 279 miles). The official U.S. range will be communicated closer to market launch.”

The NEDC figure refers to the New European Driving Cycle, an outdated European emissions and fuel-economy test known for generating optimistic numbers. The test is being replaced with the Worldwide Harmonized Light Vehicle Test Procedure (WLTP) , starting this month.

When it goes on sale next year, the EQC will compete with the Tesla Model X, which is rated at 237 miles with its smallest, 75-kwh battery. The Model X has a rated range of 295 miles in its longest-range 100D form. 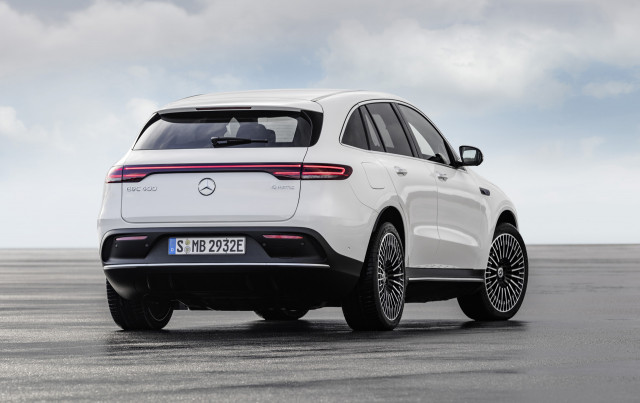 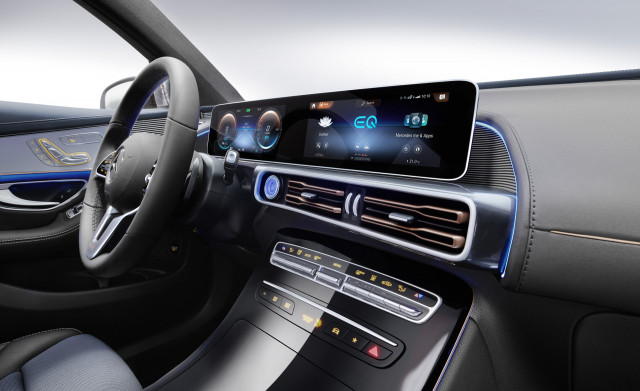 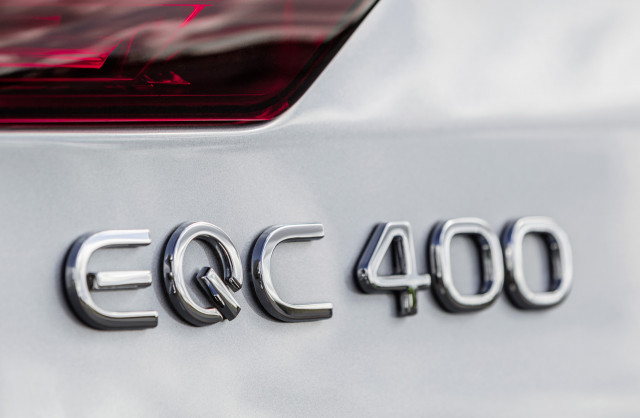 The EQC’s closest competitor that currently have specs is the Jaguar I-Pace. The I-Pace uses a 90-kwh battery pack to deliver a range that Jaguar estimates at 240 miles.

The I-Pace is notably shorter and wider than the EQC. Specifically, the EQC is 4.1 inches longer and sits on a 3.5-inch longer wheelbase, but is 5 inches narrower.

It has slightly less power than the EQC, with ratings of 394 horsepower and 512 foot-pounds of torque, versus 402 hp and 564 lb-ft of torque for the EQC.

Pictures of the EQC show an “EQ 400” badge on the back. Mercedes says the number relates to where the model falls within its lineup. It doesn’t match up to any particular specification.

It’s not clear how the 200-mile range estimate came to be, or how Mercedes plans to squeeze more range out of U.S. models. They could use a larger percentage of the battery’s actual capacity, but that’s not clear either. We may not know more until closer to when the car goes on sale.

In any case, that won’t come until about a year after the I-Pace and the Audi e-Tron Quattro, another direct competitor go on sale. The EQC can’t afford to be have a lot less range and go on sale a year later. A fourth competitor, the BMW iX3 has just opened for orders in Norway.

Even the upcoming Hyundai Kona Electric and Kia Niro EV are expected to deliver more than 230 miles of range, for a lot less money than these electric European luxury SUVs.

Daimler CEO Dieter Zetsche also told Automotive News on Tuesday (subscription required) that the company may have been optimistic in its earlier estimates that electric cars could make up as much as 25 percent of the company’s sales by 2025. He said the production rampup of the EQC would be slower than for gas cars, “This is a new technology with new challenges, so we believe a flatter curve is more sensible,” he said.

Zetsche didn’t finalize any new estimates but said that closer to 15 percent of the company’s sales might be electric cars.

Aaron Cole contributed to this report.