Ford Motor Company said on Thursday that owners of 2 million F-150 pickups built between 2014 and 2018 will need to bring their trucks back to dealers to have interior trim components modified due to concerns that their seat belts could catch fire.

Ford cuts off national advertising for its sedans and hatchbacks

If there was still any of hope that Ford’s car models would somehow survive the commitment to turn exclusively to trucks, crossovers, and SUVs, that spark has been extinguished. The company confirmed Wednesday that it will be stopping national advertising for all its car models.

Ford’s performance-oriented electric SUV due in 2020 has been previewed in a teaser sketch.

A coupe-like version of the Porsche Cayenne has been rumored for several years and prototypes testing in the wild confirm the vehicle is finally coming. 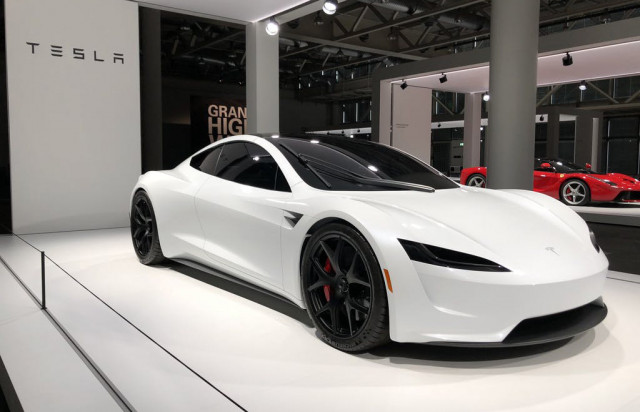 The new 2020 Tesla Roadster that wasn’t in Switzerland

Tesla made a lot of noise about a big surprise it planned for the Grand Basel auto show, a celebration of architecture and design in Switzerland’s northern industrial city.

It’s tough to sneak up on bad guys in a loud car.

With its latest self-driving car concept, Volvo wants to take on the airline industry.