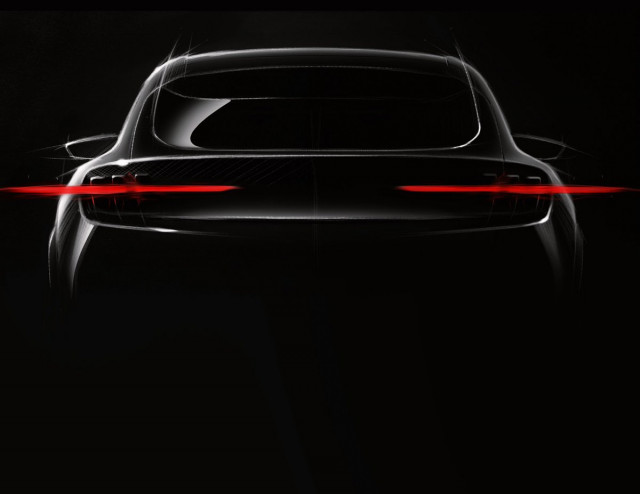 Ford released a teaser image of its hotly-anticipated 300-mile electric SUV, which it says will no longer be called the Mach 1.