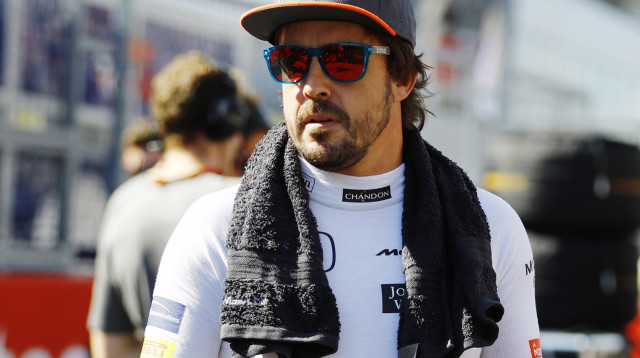 “After 17 wonderful years in this amazing sport, it’s time for me to make a change and move on,” he said.

The Spaniard also thanked his loyal fans and hinted that he might end up in a new endeavour in the not too distant future.

“Let’s see what the future brings; new exciting challenges are around the corner,” he said. “I’m having one of the happiest times ever in my life but I need to go on exploring new adventures.”

One possibility is IndyCar. Alonso has often talked about winning motorsport’s “Triple Crown,” a reference to the prestigious Monaco Grand Prix, the 24 Hours of Le Mans, and the Indianapolis 500. With his win at Le Mans with Toyota in June, only the Indy 500 title is missing. He gave the Indy race a go in 2017 but after showing some promise had to retire due to engine trouble.

Despite suffering from a string of uncompetitive cars since returning to McLaren in 2015, Alonso remains one of the most successful drivers on the grid. The 37-year-old has amassed 32 wins, 22 pole positions and 97 podiums to date. Beyond his two titles, won with Renault in 2005 and 2006, he has been championship runner-up three times. The most painful was in 2012 when driving for Ferrari he finished just three points behind Sebastian Vettel, with Red Bull Racing at the time, in a season where he retired twice due to accidents caused by other drivers.

McLaren is yet to announce who will fill Alonso’s seat in 2019, though there are rumors that fellow Spaniard Carlos Sainz will join the Woking-based squad. Sainz currently drives for Renault but will leave the team at the end of 2018. There’s also the possibility that Sainz might end up at Red Bull now that the team’s current driver Daniel Ricciardo has been signed with Renault for the 2019 season.